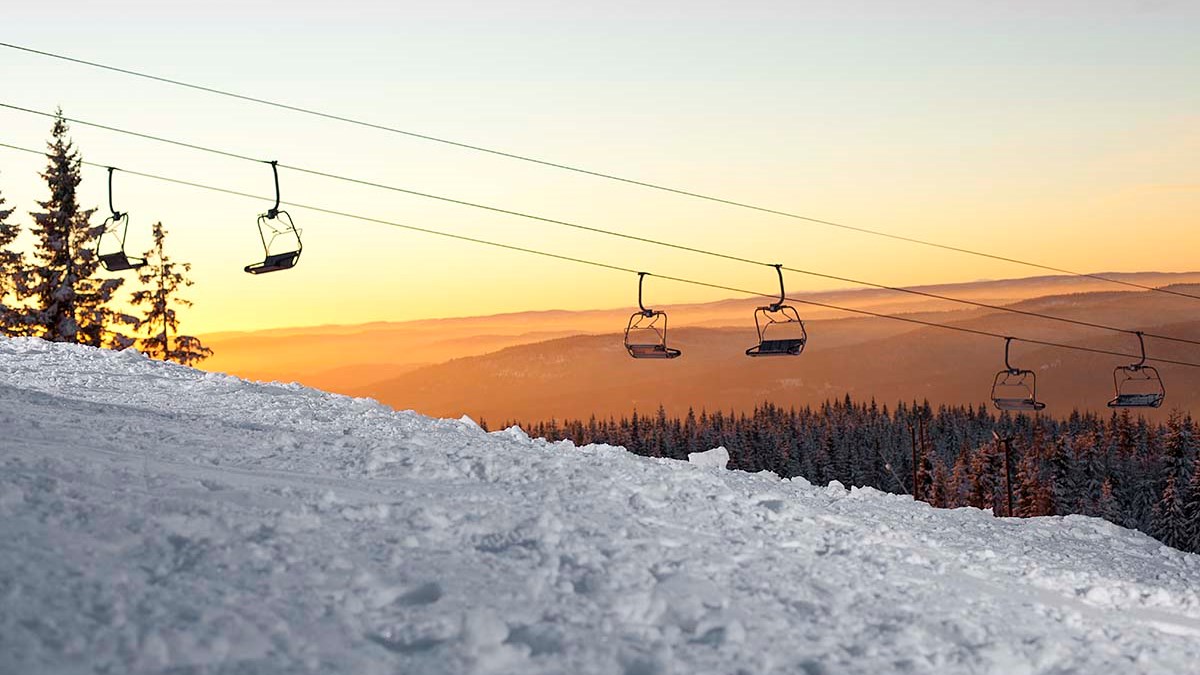 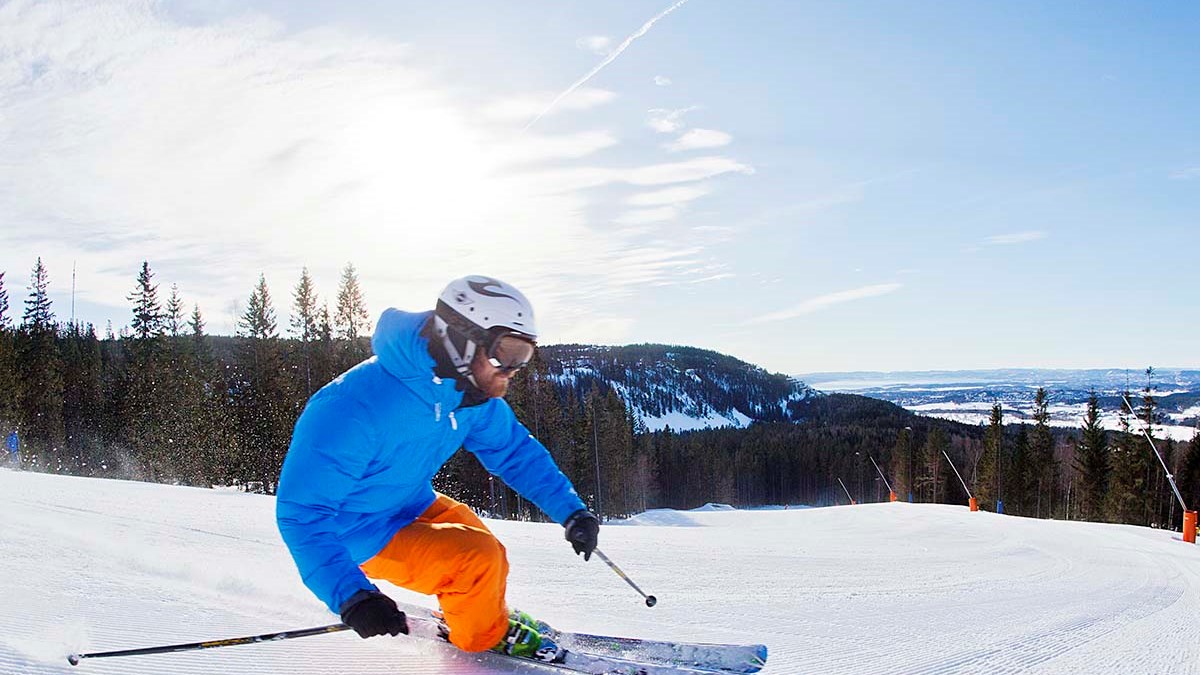 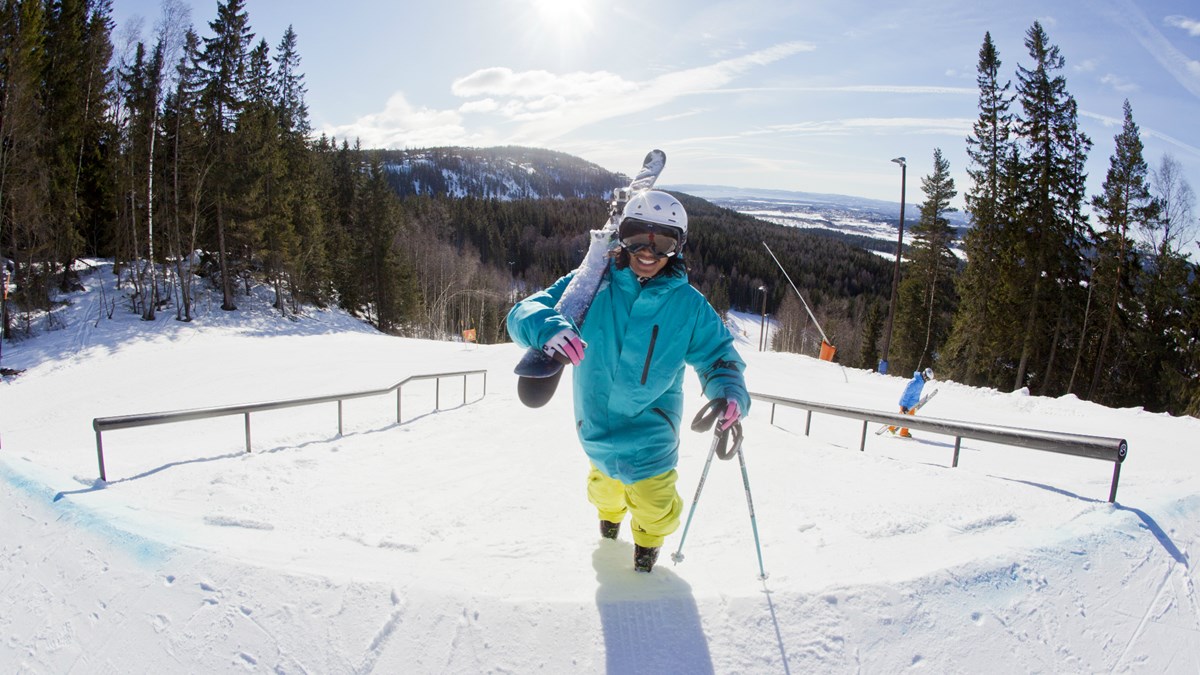 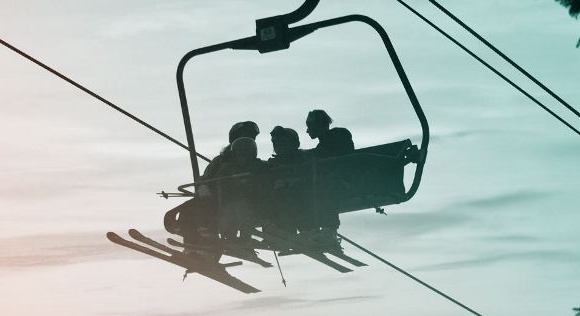 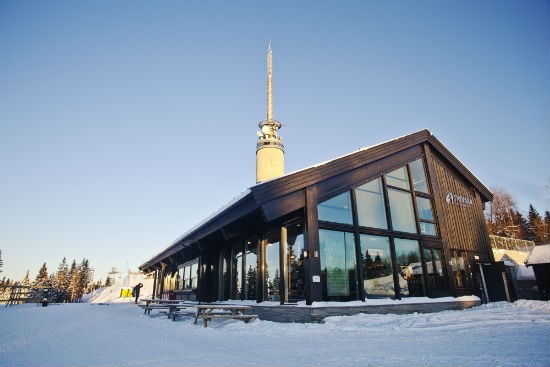 Oslo Vinterpark is only 20 minutes from central Oslo, and is the biggest ski area in the Oslo area.

They offer a variety of challenges across a total of 18 runs and a vertical fall of 381 metres. The area has 11 lifts, of which 2 are 4-seater chairlifts and 1 is a new 6-seater express chairlift.

Something for everyone
Oslo Winterpark have something for everyone, from the easier slopes in the beginners’ area to wide and exciting slopes for the whole family to carve down. In addition they have one of Norway’s biggest snow parks with a slope style course and Europe’s only Superpipe open to the public.

They offer amongst other things a ski school, rental, ski repair, and café; in other words everything you could expect from a ski area offering the full package.

Location 531 metres above sea level, together with snow production on every run, allows our normal season to run from early December to the middle of April. All the slopes are floodlit, with evening opening 5 days a week all season.

With more than ever to offer, and convenient access from the city centre, Oslo Vinterpark should be your next winter destination!

Departures : From early December to the middle of April

Oslo Winterparks goal is to build up imaginative routes where peoples of all ages and abilities, from beginners to professionals, can play and ride with a big smile on their faces!

The Top Centre service building is open the same hours for ticket sales, ski rental, and to take in skis and snowboards for service.

Our normal season is from December until the middle of April.

Oslo Vinterpark is located only 20 minutes from central Oslo.

Parking and public transport are available at both entry points to the resort. There are two ways of getting to the resort, by the Tryvann Tower on top of Holmenkollen or by Wyller and Sørkedalen.

Oslo Vinterpark's top center is located by the Tryvann Tower on top of Holmenkollen. Adress: Tryvannsveien 64

In order to get to Wyller, you go by way of Sørkedalen, a short distance from Bogstad camp grounds. Adress: Zinoberveien

You can choose to travel by tram/subway, bus or car.

Oslo Winterpark, Tryvann
The top center can be reached via the subway line #1 towards Frognersetern. Exit the subway at the voksenkollen stop and follow the signs. It is a short walk or you can take a shuttle bus which is often waiting at the subway stop.

Oslo Winterpark, Wyller
The Wyller entrance can also be accessed via public transport. Take the #2 subway from downtown to Røa. From Røa take the 41 bus directly to Wyller. Thus bus stops at the resort. Note that Wyller is for advanced skiers (black and red slopes), but you can use the ski lift to get over to green and blue slopes at Tryvann.

Select Departures
1
0
0
No transfer thank you!